Good day to our audiences around the world, and welcome. Guest golf course designer Daryl “Turboe” Boe is with us now from Augusta. Turboe, are you there? 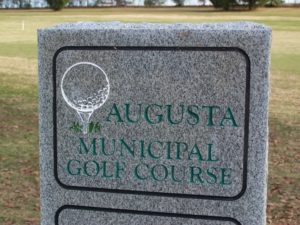 I am, Old Man. Some quick thoughts right now. The course looks and feels nothing like when you watch the Masters on TV. The property is much hillier than it looks on the Masters broadcast. 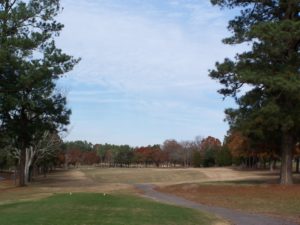 Standing on the first tee, man, you talk about first tee jitters. Just thinking about the famous footsteps you are about to be walking in, and the history you are about to see. But it doesn’t look at all like on the tube and internet, does it?

At the 3rd hole, I never noticed that water hazard. 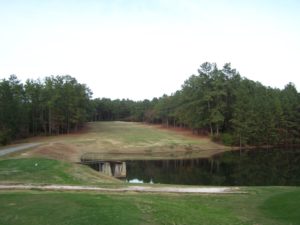 It is amazing what they can do with the placement and camera angles they use, I did not realize that there is an airport this close to the 6th green. And has anyone seen hangars in the background? I haven’t. 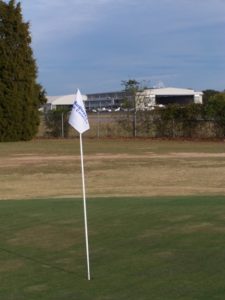 The tee box on the 7th is really close to the runway, and again I did not notice this before during the broadcast. Also, an airplane took off when I was on the 8th hole. Based on the noise, you have to believe they time flight arrivals and departures during Masters week to happen during commercial breaks. 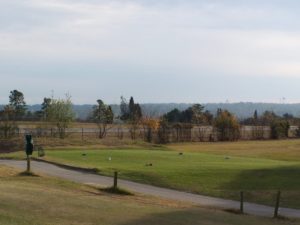 On TV, the edges of the bunkers look so much more neatly manicured then they do here on the 10th green. On TV, they almost look like you could get a paper cut on them! I also expected the greens would be a little faster than they actually are. 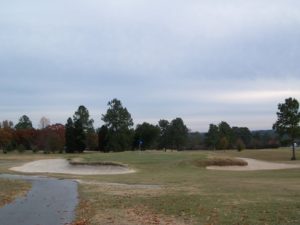 On the 11th hole, the start of Amen Corner, you play back down by the hangars again. On the broadcast they apparently disguise this building as being back in the trees, and the size perception is completely different in person. That thing you see on the tube behind the 11th green is like a pump house or something. 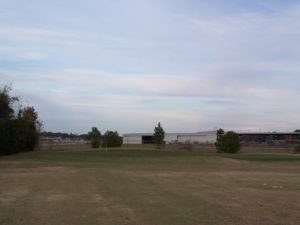 Has anyone seen this periscope that they have near the 12th tee? On the small screen that hole looks like a short iron to a green in complete view from the tee. It must be because the television towers are elevated, because I can’t see the green from the tee. 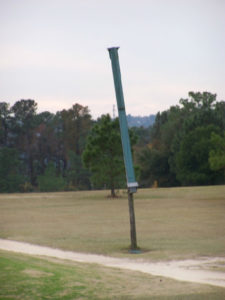 I can’t imagine why the PGA guys don’t get home in two on 13. I hit a wedge for my second shot and that was after 3-wood off the tee. I darn near could have driven this green with the driver. 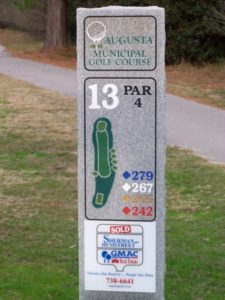 Man, it can’t get much better than this, can it? Coming to the 18th and taking that historic walk uphill in the fading evening light with the spectacular clubhouse in the background. 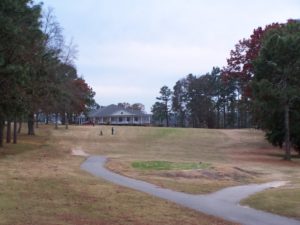 To viewers at home, the bunker sand is a much brighter white than here greenside on the 18th. Where the heck do they find room for those grandstands? 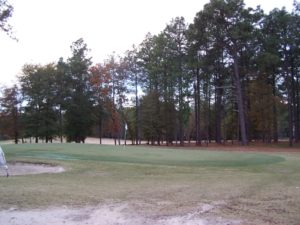 Here is a copy of the scorecard. That Jim Nance guy doesn’t talk very clearly, because I swear he was saying “National” for the second word in the name all these years. You know what else: There isn’t one single Magnolia on the drive up from the main road to the clubhouse! I don’t know where they got that name “Magnolia” from. Inside, I asked a guy behind the counter where the Champions Locker Room is, and he just looked at me funny. You must have to be around a couple times before they will show you where that is. He did tell me I could change my shoes anywhere I want. 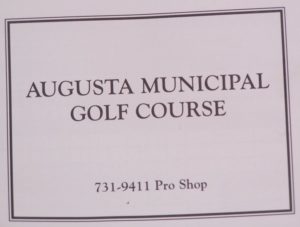 Wow, what a place!