When April rolled around, the Golf Widow brought up a subject close to her heart: the Masters golf tournament. She liked the idea of an invigorating trek through a sunny immaculate garden containing 18 craftily designed “follies” (as she put it, appropriating, and intentionally misapplying, architecture terminology). But the Golf Widow also wanted to compete. She wanted the worship of restrained but intense fans. She wanted to be the apple of global eyes, zooming in from 50 cameras.

I should have tried to prevent an escalation of the situation when she insisted upon having the cat with her.

Her previous experience extended to knocking the ball around while on vacation and to watching me watch golf – and as a girl to watching her Uncle Mike watch golf.

We powered up the computer and went online to The Masters‎. She was stuck with me as her caddie – me and the cat. With one mouse click, we were inside heretofore unapproachable Augusta National Golf Club, visually irreproachable as advertised. 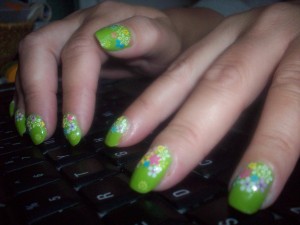 The mouse click broke two cardinal rules. The Golf Widow was within the gates without a ticket or an invitation, and she was a woman in a traditionally male competition.

We made a beeline for the Crow’s Nest, the eyrie in the clubhouse for (invited) amateurs with lofty credentials. From the vantage point of the cupola, the storied course was ours to behold. For the first three days of the tournament, we did nothing but live Masters golf. Provisions in the house would last into a Monday playoff.

On Sunday morning, while the Golf Widow warmed up for the final round, and the cat and I ran a virus scan, there came a knock on the door of the Crow’s Nest.

“Who is it?” we answered from our perch.

“Clifford Roberts, Founder and Chairman in Memoriam! Open up!”

“Do I smell cat food?” shouted the Founder and President in Perpetuity.

We refreshed the screen. What were the odds that the two founders of Augusta National Golf Club were at our door, instead of meeting and greeting with the elites? Of more probative value: Both were in point of fact deceased! The voices must have been figments of the imagination, a result of pre-round nerves. Wherever you turn in Augusta, you run into past champions in one form or another – their names, their scoring records, descriptions of their unforgettable shots and framed paintings of them in sartorial splendor. Skeletons in the closet were not lacking either, words hanging in the air from old arguments against the very thought of women members. We froze. One false move could mean eviction from the Crow’s Nest. Had we confused the click of a mouse with a knock on our door? Were our personal demons speaking through Jones and Roberts? The cat looked stoic – and a little curious.

Casting fortune to the wind, the Golf Widow moved her cursor to the first tee. As the first woman to play in the Masters, she decided to model her first shot on the opening drive of Lee Elder, the first African-American to compete in the Masters, so she hit the fairway with a fade, as Elder had done in 1975.

You might have supposed she had opened a new browsing window and made herself comfortable in the website of the Golf Hall of Fame, because she now joined the pantheon of Masters Greats by duplicating their strokes to a tee:

And on it went:

Lucky 13: same 3-wood hit by Arnold Palmer in 1958 (against the advice of her caddie, who lobbied for Phil Mickelson’s 6-iron from the pine straw behind the tree circa 2010).

Once we saw how far ahead of the competition the Golf Widow was, we stopped checking the pros’ leader board.

16th: after nearly acing the hole from the tee, birdie putt on the notoriously difficult green, pursuant to Jack Nicklaus in 1986.

The Golf Widow had nearly reached immortality and its green jacket when Jones and Roberts turned up on the 18th tee. We addressed our hosts, real or not, as if nothing were out of the ordinary.

“It is extraordinary that word of your prowess hadn’t reached us,” observed the Founder and President in Perpetuity.

I wanted to reboot, but my better half did not want to take a one-stroke penalty.

“Your appearance has raised eyebrows,” added the Founder and Chairman in Memoriam. “None of our members has heard of you, let alone seen you.”

By way of response, the Golf Widow performed an online search using the key words Tiger Woods, her favorite golfer, memorized what she found at Wikipedia, and swung away.

After the trophy presentation, the Golf Widow and I returned to the Crow’s Nest for a shower and private toast in honor of the day’s accomplishments, then took the next click home to New Monuments Golf Club‎.

When April next rolled around, we powered up the computer in order to attend the Champions Dinner, the reunion of winners. As tradition dictated, the reigning champ created the menu.

[[ Excerpt from the proceedings of the Champions Dinner. ]]

Golf Widow (clinks champagne glass with spoon): Gentlemen, by the time the cruelest month had popped up again on the calendar, I expected a firewall would prevent me from being here.

Old Man: And prevent the repeat of a female champion!

Masters Founding President in Perpetuity: The champ’s caddie will come to order –

Masters Founding President in Perpetuity: Or he will be shown the door.

Golf Widow: So, how did I crash the Masters? First of all I have to thank my caddie, who studied Augusta arcana at home in the Library. This research he supplemented by sitting on his duff in front of the tube during four days of the cruelest month, wearing out the remote (and me!) in search of every second of Masters coverage. Stand up and take a bow.

(The Old Man stands; after no applause greets him, he sits, orders more Bourbon sorbet.)

Masters Founding Chairman in Memoriam: The Champions Dinner is for the reigning and past champions. Your caddie and cat shouldn’t be here. We have had enough disruption. Augusta National must draw the line somewhere, and I think we have reached somewhere. All credit to the lady’s ingenuity, but – hackers and women?! Where will it end?

Masters Founding President in Perpetuity (clinks whisky glass with spoon): Before today, our championship was played in the same location every year. The Golf Widow’s adventures in cyberspace changed that. Perhaps we should embrace the digital age?

[[ The ensuing discourse on the great questions of the day was animated but unreported. ]]