(Again, something of greatness has been created here.)

The characters of Godheid and D’Artillac Brill in this deposition are fictitious. Any similarity to real persons, living or dead, is coincidental.

Godheid (Godhead). You met Mephistopheles in the ordinary course of business?

D’Artillac Brill. Phil. He insisted on Phil. I was researching my booklet Holland As It Is : Zó Is Holland when Phil, walking beside the North Sea about 10 miles west of Amsterdam, descended a dune and accosted members and guests of Kennemer Golf Club. He posed as a salesman, lauding cars, for instance, as a substitute for walking, while, perversely, a tenacious walker himself with the stamina to buttonhole every warm body on the property—man, woman and child. 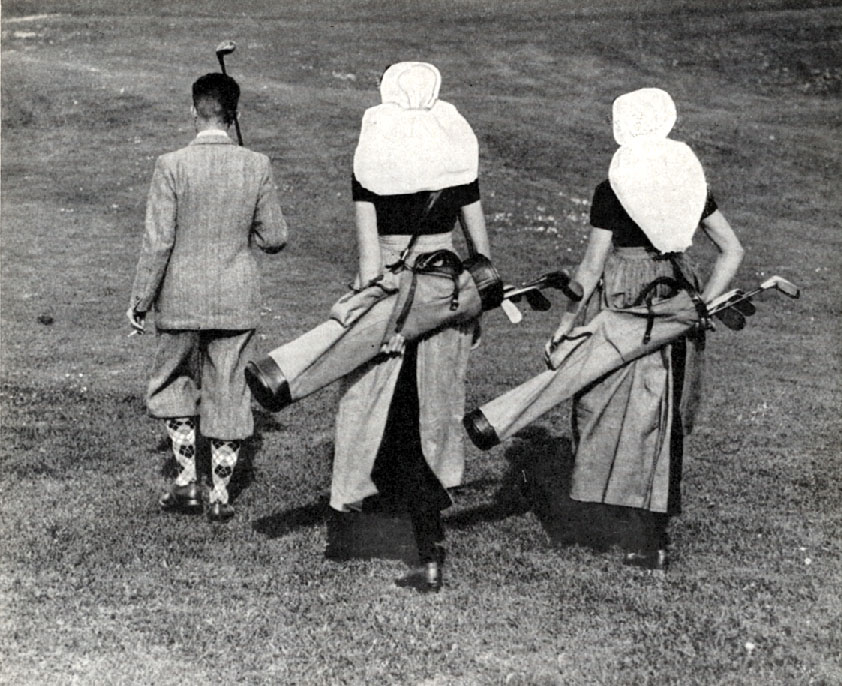 Godheid. He was asked to leave?

D’Artillac Brill. No, he represented hope, the Marshall Plan, or said he did. Business rolled from his tongue. Flour factories in Leeuwarden. Textiles in Nijverdal, Borne and Enschede. Steel in IJmuiden. A power plant in Geertruidenberg in Noord Brabant. Cement in Maastricht. Dutch state mines would expand their chemical industries. The Dutch railway would be electrified. Marshall money to reconstruct houses in Limburg, Walcheren, de Betuwe, Arnhem, Nijmegen and Rotterdam. Marshall money to repair the port of Rotterdam, construct the Velsertunnel, expand the Delft Technical Hogeschool (now University), the Bouwcentrum Rotterdam, the Krasnapolsky Hotel in Amsterdam, the war-damaged Grand Hotel in Scheveningen. Purchasing wheat and agricultural equipment. Enriching agricultural soil. On he went. Showcase villages in Rottevalle in Friesland and Kerkhoven Oisterwijk in Noord Brabant. I daresay he influenced my thinking. May I quote?

Godheid. Be quick about it.

D’Artillac Brill. Coming to Holland in spring you will not travel on, but you may travel across a magic carpet of bulbfields in a dazzling array of flaming colours that outdoes the imagination…The longing for the maximum amount of sunlight and air has been a decisive factor in the planning of new urban neighbourhoods, and of the individual buildings…Where sheaves and farmhouses stand fishes once disported themselves…The water is not only our enemy, it is at the same time our closest friend, as our inland waterways carry the major part of our goods traffic…Our dredgers have been towed out over the oceans and they have been used by Dutch contractors to improve hundreds of harbours on the coasts of five continents…Great progress has also been made with the reconstruction work at the large Amsterdam airport Schiphol, where airlines from all parts of the world meet—

Godheid. Tell me more about the American.

D’Artillac Brill. Phil was pathologically boosterish about automobiles, unveiling a squat, motorized prototype and showing off its usefulness on golf courses by careening after potential investors, club members and their friends. One day, without a formal invitation, after the police were transformed temporarily into docile pigs, we initiated a shock-and-awe promotion of real estate reclaimed from the sea. Between golf shots, Rita Hayworths could be kissed, Joe Louises punched, the latest earthmovers, pumps and derricks inspected. Big- and small-ticket items essential to community building were rushed to the scene: washing machines, furniture, baby food. Feigning the “personal touch,” per Phil’s instructions, we treated the money bags as higher beings who walked on water, though privately Phil called them his “foot soldiers.” The reception was cool, at first. Beloved property had become the object of land speculation. Then the audacity of the venture started to win converts. I would show you photos if Phil had not confiscated them as his intellectual property.

Godheid. What is in the photos?

D’Artillac Brill. Pacts with the devil. Lord Treetops and I stayed at Landgoed Duin en Kruidberg, a hotel that had been Holland’s largest private house, while Phil roughed it in the ruins of Huis te Brederode, a 13th-century castle.

D’Artillac Brill. His alias, a private joke. Another American, he had the distinction of possessing the ability to fly, the first condition of his pact. The second and third conditions: money and power. As an early investor in aviation, he made a killing. His estate in the States, called Treetops, is no ordinary assemblage of stone and slate. It contains, as I understand it, the most valuable collection of Russian art outside Russia.