Let’s open up South Park and play with the airwaves. 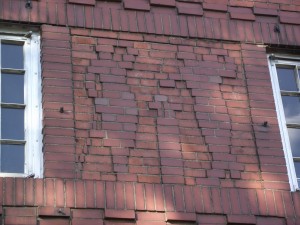 To protect their summer best against mugginess, competitors and fans alike at South Park Municipal Golf Course for the United Golf Association’s 1946 Open Championship gravitate toward the umbrellas on the brick terrace of the clubhouse, or House. Bas-relief deities on the building’s brick façade set a high standard for composure under an August sun in western Pennsylvania. Sarah Vaughan and Billy Eckstine, appearing courtesy of a turntable in the locker room, improve atmospheric conditions.

Three female spectators on the terrace—Melba, Marian and Billy—look up from the Pittsburgh Courier as each male competitor is announced on the first tee and then the men recede in groups into the distance, the hour of their return unknown.

Teddy Rhodes, the best-dressed golfer in the tournament!

Supplementing the turntable are live musicians inside the House grille, who share the stage in rotation over the long day. They and many of their listeners will reconvene at night at clubs in town: the Bambola, Musicians’, Washington, Loendi, Celebrity, Pirate Inn, Rosen’s, Cottage Inn and El Cabana. The ladies, used to dividing their attentions, resume their study of the news.

Where he was way-laid by a trio of men who relieved him of his funds.

The arrival of three beers halts the amusement at Mr. Howard’s expense: a Duquesne for Melba, an Iron City for Marian and a Regent for Billy. During breaks from the Courier, a shared pair of binoculars sharpens their own reportage, most of which won’t be covered in tomorrow’s paper. 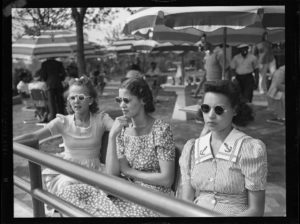 Against the backdrop of an architectural landmark of mixed parentage (Expressionism and Mexico’s Yucatán Peninsula), a few players late to register emerge from the House’s arch with untied shoes and wildly clanking clubs—not the dignified entrance some might have aimed for. Patrons converse so volubly that all are tempted to join neighboring conversations. One of golf’s hoary “truths,” respectful silence, is not observed to the letter: leaves rustle, matches are struck to light cigarettes and cigars, the game’s equipment is utilized like peace-time artillery.