The bus from Ireland’s Shannon airport makes an unscheduled stop short of its destination. An American exits the bus. The descendant has exited the bus too soon. He walks west into the smell of burning peat general all over Galway.

According to local records, the descendant attended the National University of Ireland in Galway, graduating in 1987. 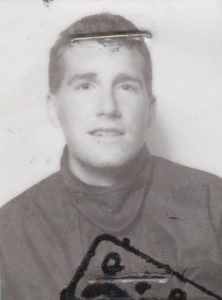 Government ministers and representatives from interested parties, including the Bank of Ireland, Raidió Teilifís Éireann and golf tourism organizations, gather to discuss an interrogation of the descendant. Items on the agenda/speculations, in descending degree of importance:

1) Is the man here to fund a new university building and faculty chair, receive a meaningless honorary degree and leave on the next flight?

2) Is he here to invest in a golf course or build a new one? Either way, jobs!

3) Is he here to introduce himself to long-lost cousins, drink too much poitín, promise eternal friendship, vow to learn Gaelic and then never be seen or heard from again, not even in the form of an “American letter” containing “the green”? Its ugly twin, the “American letter” without dollars, is also discussed as a potential outcome.

4) Is he here to haunt bookshops, Irish music seisiúns and archaeological/historical sites, none of which worthy causes sets the local economy on fire?

Off the record, the Health Minister disapproves of books and laments the country’s “co-dependent” relationship with its writers. A soft rain is falling.

No tee times for the descendant can be confirmed throughout the length and breadth of Ireland. The U.S. State Department will neither confirm nor deny that its citizen is a golfer. Aerial reconnaissance uncovers that the descendant is carrying “Selected Poems and Two Plays of William Butler Yeats.” (A drone later captures an image of him reading the poem “The Second Coming.”)

Via cell phone from Galway Golf Club in Salthill, a 5-minute drive west along Galway Bay, Chief Superintendent Ó hEocha orders Inspector Nealon, who happened to be in the same pubs as the descendant, to give him a lift to the club’s 19th hole. The descendant declines the offer; he would rather walk. Alerted, the chief superintendent, standing in a bunker on 14, denies the inspector’s request to use force. A sixth sense (or Guinness) causes the descendant to gravitate to the fresh water, light and air of the nearby Corrib River.

The historians among us draw a parallel between the descendant and the prisoners who used to walk this bridge from the court house to the old jail, which stood where the cathedral does now. Because the descendant is in our net, under the watchful eyes of Inspectors McFadden, Blaney, McLoughlin and Lavery, we allow him to linger/squirm above the doomed eels below.

Nearing the Cathedral of Our Lady Assumed into Heaven and St. Nicholas, the recovering Catholic does not enter. (He is an RC, according to a second informant, a lay person who is not betraying the confidentiality of the confessional.) Farther on, in response to the descendant’s request for directions, Inspector Colbert, dropping her cover (a medical textbook), steers him from the college grounds toward Upper Canal Road/Eglinton Canal, where an arrest, if one is necessary, can occur in the discreet company of swans without distracting impressionable young minds.

The N.U.I. Galway president, participating in the Stephen’s Green meeting via video conference, volunteers to walk outside this minute to have a stern word with the alumnus.

Though tempted to use his magic pitching wedge on the uni’s green lawn, the descendant obeys Inspector Colbert. Staff psychologists make a mental note that the descendant is exhibiting symptoms of being lovestruck, as if Inspector Colbert conforms to his vision of Róisín Dubh (Dark Rose) of Celtic song and story. Deportation, in his condition, would be a blow to more than his golf game.

The Bank of Ireland, losing patience, faxes the descendant’s credit history to HQ, where our accountants confirm that his budget leaves him with extremely limited options to bolster the economy. Inspector Sheehan has an idea for closing the case for good: Nudge the Yank into the canal. Chief Superintendent Ó hEocha, despite having struck a grand tee shot and drunk from his flask of Powers, spoils Sheehan’s craic. (Translation for international agencies drawn into the case: craic is Irish for fun.) “Send for Derham!” 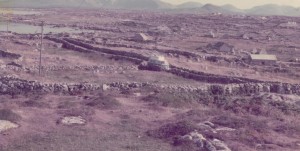 Inspector Derham in his auld VW bus motors to where duty calls.

Inspector Gray invites the descendant inside for a cup of tea. The occupants of the house which the Inspector has commandeered for the investigation are botany graduate students; their fieldwork specimens, the flora of Connemara (or the Burren? samples have been sent to the lab), make a powerful impression on the descendant, but don’t lead to a confession. While he is admiring bouquets of Erica tetralix, Agent Gray “strengthens,” if you catch this officer’s drift, the descendant’s tea.

The vise is tightening. Inspector Nealon is on the descendant’s heels. Opposite, on the Long Walk, Inspector Gray adjusts her telephoto lens. From Earth’s orbit, a satellite corroborates that the descendant’s wallet is indeed ‎almost empty.

“This must be the end of the road,” pipes up Inspector Sheehan, who won’t drop his idea for sending the descendant to a watery grave.

A communiqué arrives from our old ally, the French. It reads, in perfect English: We have a submarine refueling in Galway. It is at your service.

Into his earpiece, Inspector Nealon remarks upon the descendant’s solitary pacing on the grey stones: “He thinks he is a character from Beckett!” Inspector Gray, concurring via old-school hand signal, gives a thumbs-up to Nealon. Galway Chamber of Commerce wants to know how much the descendant is paying for overnight accommodation. He is definitely paying nothing for the view (incidentally, a charming one (on the surface), where the Corrib bids choppy adieu to town before being swallowed without a trace by the picturesque, pitiless bay), so the Treasury issues an urgent request for Inspector Derham to move into position.

“God bless him,” observes the chief superintendent while lining up his next putt. “Morsels of VAT for the plain people of Ireland!”

A pincer movement is initiated.

The United Nations Office of the High Commissioner for Human Rights, the Red Cross and Amnesty International file lawsuits against the use of the pincer movement. 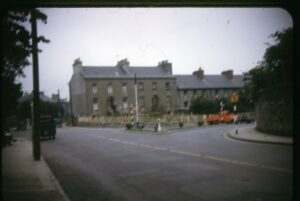 In Murray’s shop, Inspector Derham enters into conversation with the descendant. While they study the list of ingredients in Flahavan’s porridge, three interpretations of “Down by the Salley Gardens” assault the ears (but stir the heart strings?) from the telly, radio and Inspector Nealon, disguised as a customer. (An officer posted outside later submits an affidavit that she heard a fourth interpretation shaking the branches over her head; in a deposition taken at the Regional Hospital, she stated it sounded like busker Terry Smith, who used to play guitar outside the old Claddagh Palace, the cinema down the road converted to apartments.) In his most disarming manner, Inspector Derham discloses intimate details about the preparation and enjoyment of porridge. Inspector Ryan, disguised as a shopkeeper, turns up the heat. Briefed on the descendant’s weakness for literature and dismayed that his “customers” are now chatting about Galway granite, not golf (an inexplicable line of questioning to Ryan’s way of thinking (and to this officer’s, to be perfectly blunt about it, but Derham is said to know his stuff…)), Ryan volunteers a suggestion: “Our ashplants make excellent putters.” (This officer did not know Ryan had it in him to allude to “Ulysses,” James Joyce’s remapping of Homer’s epic poem about a long journey home.)

Where the road rises up to meet the Pitch & Putt, Inspector Derham exceeds his authority. In the cross-hairs of the rifle scope raised by Inspector Canny, the VW bus containing the inspector and the descendant is seen on its way west into Connemara.

Inspector Derham has not been disciplined, so this officer believes he was acting on instructions from a higher instance. No arrest has been made. The case remains open.